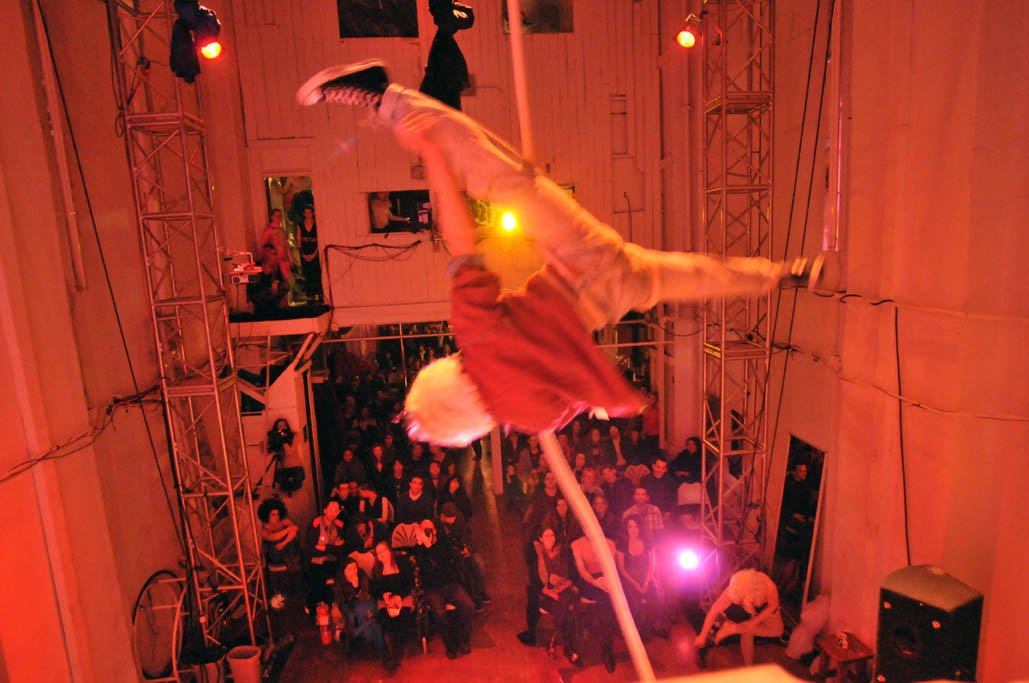 update, summer 2014: In sad but of course not shocking news, the House of Yes lost their East Williamsburg lease in August 2013. (If you want to take a look back, the Atlantic has an awesome piece on all three incarnations, from Bed-Stuy to Ridgewood to East Williamsburg.)

But why get nostalgic? House of Yes 4.0 will be opening in Bushwick the fall! Want to help make it happen, and get some wild and incredible rewards to boot? Donate to their Kickstarter, and help keep the Brooklyn underground alive.

I am really overjoyed about this post, because House of Yes is actually my very favorite space in Brooklyn (so far), and one of the spaces that inspired this whole project. It’s an aerialist training facility and performance venue in a huge former ice warehouse, and they put on the most high-energy, high-caliber, innovative and astonishing shows I’ve seen. They make all their costumes onsite and build their own sets, they collaborate with Brooklyn bands for live musical accompaniment, and every show is just spectacular, bristling with staggeringly talented aerialists, trapezists, fire-dancers, contortionists, burlesque acts, singers, and musicians.

Besides putting on phenomenal shows in a fantastic converted warehouse—in one of the most vibrant corners of East Williamsburg, down the block from 3rd Ward, Werdink, Shea Stadium, the former Bushwick Project for the Arts and Bushwick Music Studios, and more—many of the House of Yes gals make up the loose conglomeration of female acrobats Lady Circus, and they are tireless, performing at all the best underground Brooklyn parties and Manhattan cabarets, like Shanghai Mermaid and Café Panache, among many many others. And the mainstream world is taking notice: the Lady Circus performers were featured as a costume-design challenge on the incredibly popular show Project Runway in 2011!

Don’t you want to hear from the woman responsible for it all? Read on for my interview with Anya Sapozhnikova, founder of House of Yes and Lady Circus and crucial fixture in the Brooklyn underground performance scene.

brooklyn spaces: I first heard about House of Yes when it burned down.
Anya: Yeah, that was our first space. The thing about the fire was that it made us realize that people really cared about what we were doing, and the mobilization of the underground scene in Brooklyn and beyond really blew us away. Our friend threw us a benefit party at Pussycat Lounge, and all the underground parties that were happening that night canceled their events and moved everyone there. The benefit was immensely successful, and we went from having nothing—we were all homeless, all of our shit was gone—to being able sign a lease on a new space.

brooklyn spaces: Was House of Yes originally conceived as a studio and teaching space, or was it always a performance venue?
Anya: The old space was just “Let’s do this and see what happens.” The new space was always going to be a venue in the evening and a training and rehearsal space during the day. Upstairs we also have a sewing studio, Make Fun. To be able to flourish and produce as much work as we want to, we need every square inch of the space making money all the time. We aren’t like, “Oh, we’re DIY culture, we’re going to dumpster everything.” Sustainability’s great, but we’re really excited about doing high-production-value shows, we want to do the best we possibly can, and we don’t want money holding us back. We have this state-of-the-art facility that enables us to create a show from start to finish, from sitting down with all your friends and working out the concept to having a sold-out closing night. What makes it so beautiful to me is that we concentrate on every single aspect: the costuming, the rehearsals, the movement, the sound, the promotion, everything. To me, live theatre is the most all-encompassing, the most mixed-media way to produce art. So in order for us to do our best, we’re always thinking about how we can generate income so these things can keep happening and we can keep growing.

brooklyn spaces: There’s a lot of these types of spaces around, but I feel like House of Yes is more intentional, and the caliber of shows here is higher. Do you think that’s partly because you have such a multifaceted facility?
Anya: I think we’re just really ambitious. There are a lot of different people involved and everyone just brings a huge amount of passion. Everyone involved in the space is so hands-on. We know what we need, there’s always an open dialogue, and it’s just a really tight group of friends who are all really, really ambitious.

brooklyn spaces: How many people are involved in the day-to-day running of the space?
Anya: I don’t know. A lot. Nikki and Airin run Sky Box, which is the aerial component of the space, and that’s classes, workshops, training, rehearsals. Tara and Kae, who’s my main partner in the space, they run the sewing studio. Kae and I do the majority of the booking. Hasaan, one of the original founding members, runs the sound studio.

brooklyn spaces: How long does it take to put a show together?
Anya: Two weeks.
brooklyn spaces: Seriously?
Anya: Yeah. $piderman! was the most difficult thing I’ve ever done, and it was done in two weeks. In two weeks we wrote, produced, directed, cast, made costumes, figured out the craziest lighting you’ve ever seen, everything. It was a huge pain in the ass and it caused a bunch of nervous breakdowns, but I think everyone secretly enjoyed it.

brooklyn spaces: Do you have a favorite show, or one that’s particularly triumphant or special?
Anya: I like them all for different reasons, but I think that the Christmas Spectacular is probably my favorite. For a lot of the people involved, it feels like you have a real family. Me and Kae curate it, and it’s just everyone we know who we think is talented and amazing who we want to hang out with for three weeks straight. People can do whatever the fuck they want, and we kind of guide it and arrange it. I realized it was my favorite show when I was standing backstage and there was an eleven-year-old boy dressed in drag next to a fifty-three-year-old transvestite dressed as a man, and they’re dancing their asses off and I’m holding this giant spotlight, getting ready to go on, and I was just like, “Wow, this is really beautiful, we’re a family, and we’re celebrating this holiday that’s all about family.” It’s kind of really wholesome in a fucked up way. So that’s my favorite show. It’s low pressure, but really high talent, and it’s always good. Airin said it’s entertainment at its worst dressed in its best. High-quality chaos.

brooklyn spaces: Being in this amazing corner of Brooklyn, do you have a relationship with the other people in the neighborhood?
Anya: Yeah, absolutely. It’s awesome to see this really accessible gentrification, where it’s not some random guy you’ll never meet building some random building you’ll never live in. Our peers aren’t afraid of becoming entrepreneurs and businesspeople, really pursuing what they want to do and doing it well, doing it in an interesting way that they care about. I love being in this community of business owners and curators and producers who are all young people, we all ride bikes and hang out on rooftops together. It’s like a different kind of grown-up. I really enjoy that.

brooklyn spaces: What are your goals for the future of the space?
Anya: I want to become a New York City institution. I want to make theatre in New York City better. It’s okay for theatre to be really fucking entertaining. I want to create art that’s accessible and meaningful and a really good time too. 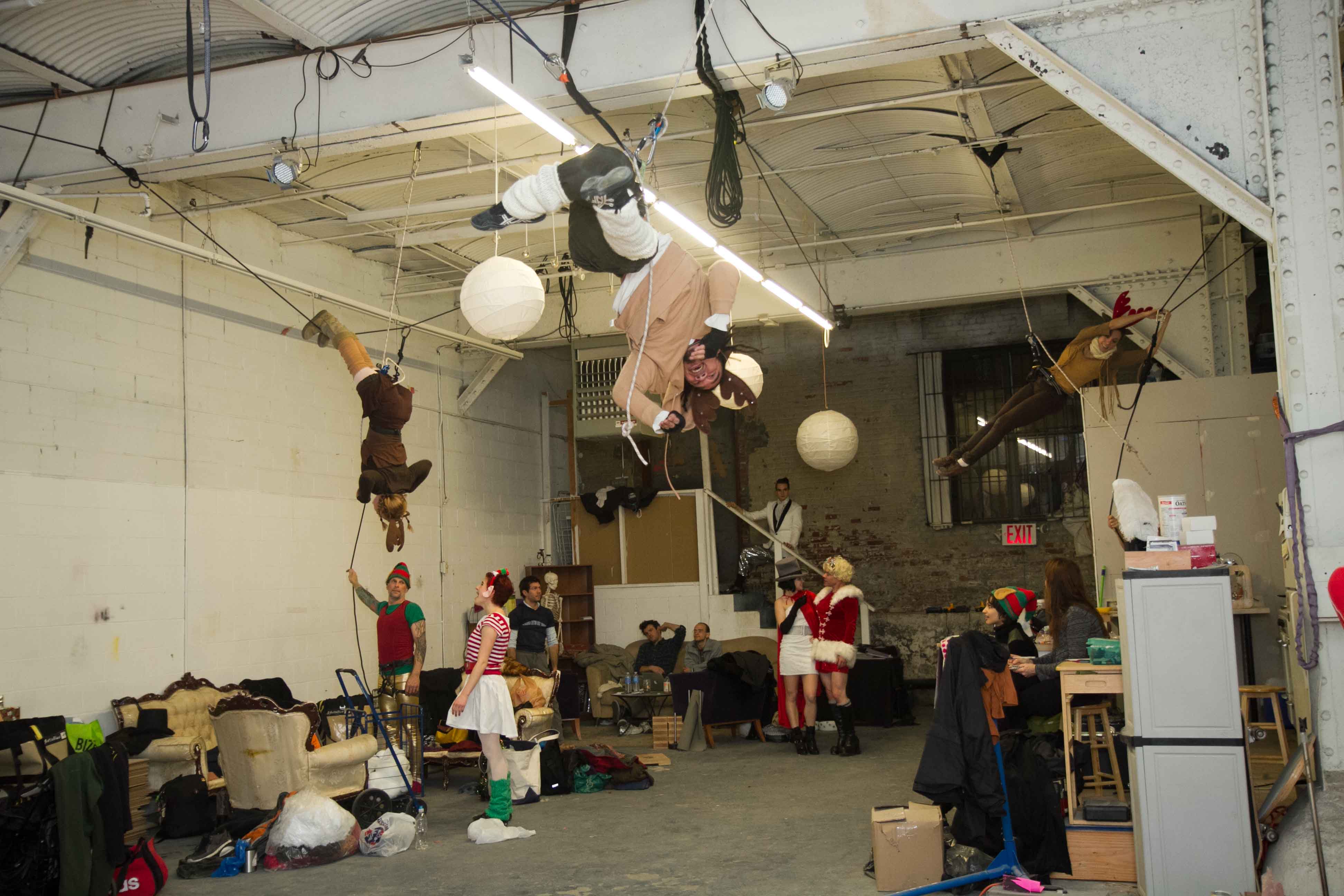 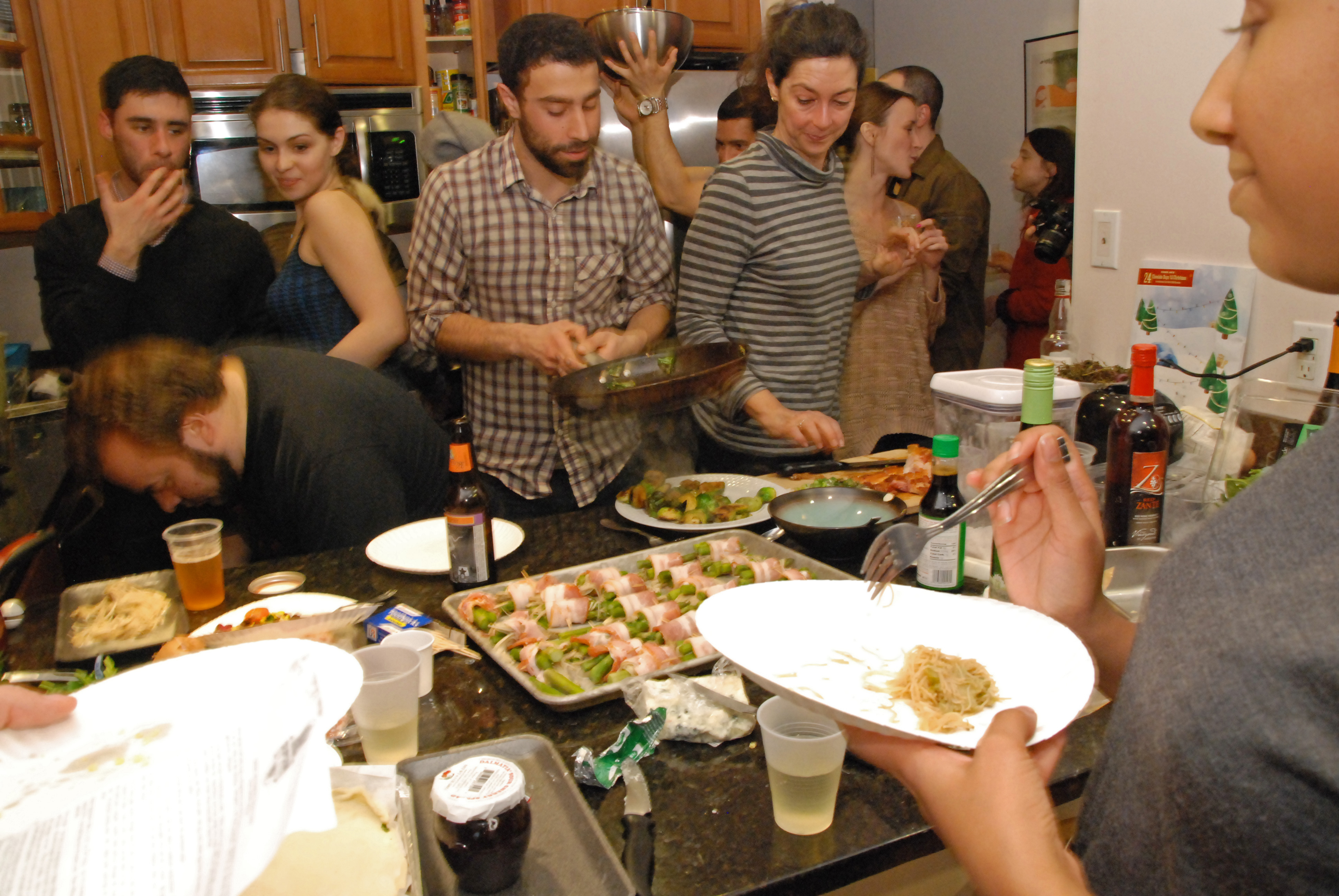