[I’m counting down to the release of the Brooklyn Spaces book by doing one mini-post per day, sharing teasers of some of the places you’ll find in it. This is the last one—the book is out tomorrow!]

In a Brooklyn that gets more sanitized every day, there are still a few wild holdouts, and the Chicken Hut is one of the last men standing. “This is our reckless abandon studio,” says Greg H., who started the space with fellow woodworker JPL in the attic of what was then a working feather-processing factory. “It’s our home and the place where we’ve done every crazy fucking thing we’ve ever thought of.”

For fifteen years the Hut has been home to a revolving cast of more than 80 artists, builders, and renegade makers, from puppeteers to sculptors to luthiers. The space serves as an archive of their creations: robotic aliens, giant rubber sea creatures, and papier-mâché animal heads. Over the years the space has hosted art salons and open studios, as well as fundraisers for fellow artists, like Swoon and the Swimming Cities crew. And then there are the bikes. Chicken Hut is the unofficial clubhouse for the New York chapter of the mutant-bike-building group Black Label Bike Club. They’re also responsible for the annual freak-bike bacchanal Bike Kill, one of the craziest street parties of the year since 2002. The Hut is also notorious for its parties—the crew throws a half-dozen jubilantly anarchic bashes each year, and each event contains many worlds: a dance floor helmed by housemate DJ Dirtyfinger here, a thrash metal band playing over there, a dirty marionette show down the hall, and a barbecue on the roof—with some 600 people bouncing back and forth among them. The Chicken Hut is one of the longest-running underground outposts left in Brooklyn, a boisterous patched-together family that feels increasingly out of place amid the neighborhood’s myriad new condos and buttoned-up populous. The residents are currently in loft-law proceedings, and if they win, the building will be brought up to residential code and they’ll be granted the right to stay. “If I can’t live in this place, there’s no way I would stay in this city,” Greg says. “The grit and character this city is globally renowned for is just gone.”

Want to learn more about the Chicken Hut, and 49 other incredible Brooklyn Spaces? Buy the book! 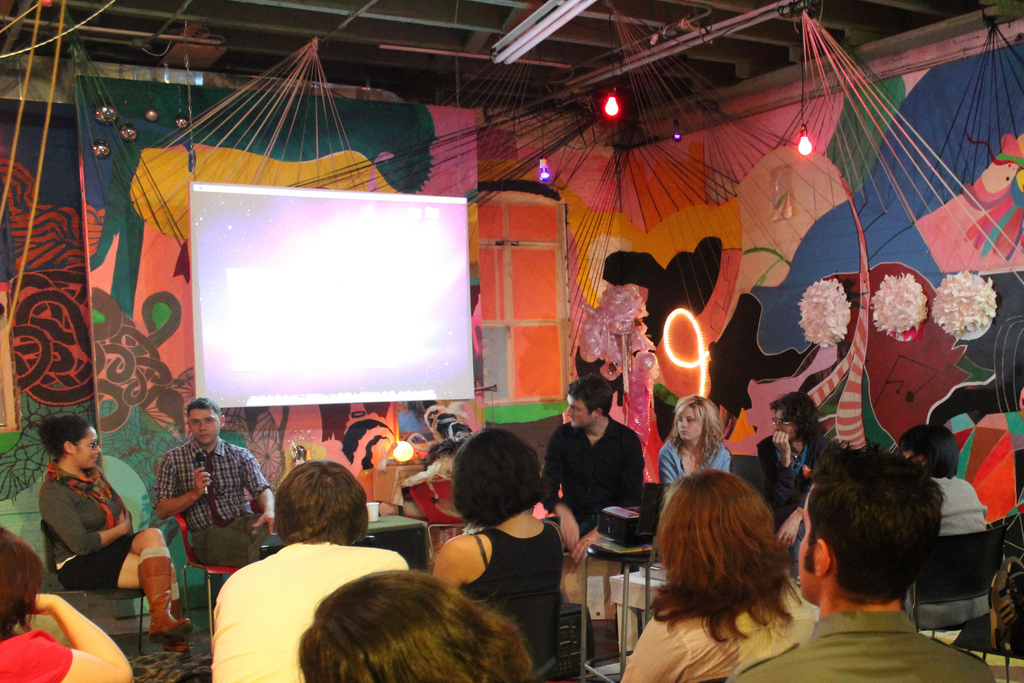