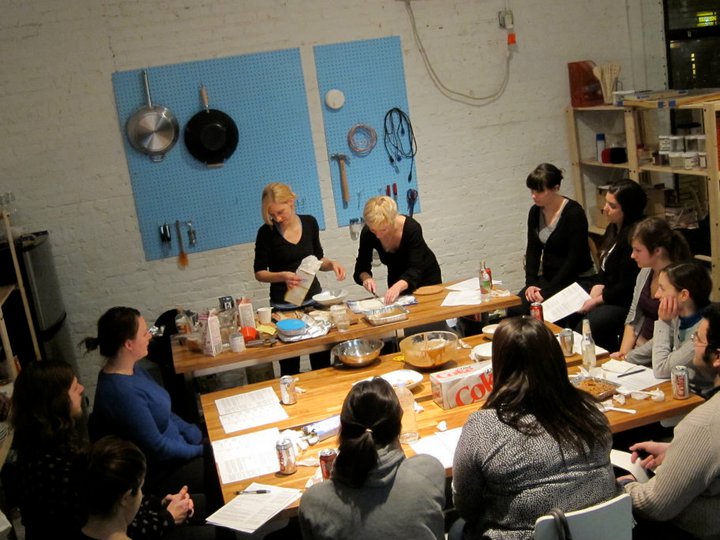 Update: The Brainery moved! They got a sweet new space in Prospect Heights which opened in early 2013.

Brooklynites are lots of things. We’re partiers, we’re makers, we’re performers and rock stars and artists. We’re also, maybe most importantly, collaborators. We love to share our knowledge with each other, so naturally skillshare and the “quirky education” movements are huge. There’s lecture series like OCD at Pete’s Candy Store, Nerd Nite and Get Smart at Galapagos, the Secret Science Club, Adult Ed, and everything at the Observatory; plus groups that are dedicated exclusively to hobbyists and experts and those who want to learn from them, like LifeLabs, Brooklyn Skillshare, TradeSchool, 3rd Ward, and, of course, the Brooklyn Brainery.

The Brainery has been getting a lot of press lately—from places like the New York Times, Brooklyn Based, GOOD, and Brokelyn—and deservedly so. It’s a perfectly wonderful idea: pair people who are passionate about a topic—anything from urban forestry to microwave candy to beekeeping to Haitian Creole—with an audience who wants to learn about it. Plus (and very importantly these days) classes at the Brainery are super cheap, as low as $5 for an evening’s worth of learnin’. That’s what I paid for The History of the New York City Subway, an interactive lecture that included tons of fun facts, passed-around books with photos of old train cars and subway graffiti, and of course YouTube clips of subway scenes from Saturday Night Fever and The Warriors. That was my first Brainery class, and I plan to take a whole lot more. You should too; it would be impossible to look through their course list and not see something you find fascinating. But before you click over, check out my interview with Brainery founders Jen and Soma, who happen to be some of the nicest, most animated, funniest people I’ve interviewed yet.

[all pix courtesy of the Brainery]

brooklyn spaces: Give me a quick history of how this got started and why.
Jen: I think one of the reasons we started this was to give us an excuse to learn more and research more. Soma and I are both just really curious; we had been going to all these classes and lectures, and it just started getting really expensive.

Soma: We were going broke, basically. When you drop $300 on a class, there’s only so many times you can do that before you can’t pay rent.
brooklyn spaces: Yeah, I would say one time.
Jen: I guess we were richer back then.
Soma: What amazing days! So we decided that there had to be a way to offer classes more cheaply. We wanted to take classes on things like welding or shoemaking, but I mean, we’re not planning to become welders or cobblers, we just want to have a fun hobby or learn a little bit about something. And we realized that if you find people who are hobbyists at something—and really, in Brooklyn you can find an expert on anything—they love sharing it with other people. Basically the idea is that anyone can take a class, because it’s super cheap and accessible, and anyone can teach a class, because we all have a teacher hiding somewhere inside of us.

brooklyn spaces: Did you have this space from the start? How did that come about?
Jen: No, for the first year we rented space by the hour at Gowanus Studio Space, just across the canal by the Bell House. They were great, but we really needed a place we could settle into.
Soma: So we raised about $10k on Kickstarter and then spent a long time hunting for a space, because it turns out that in New York, finding a space is probably harder than finding ten grand. But eventually we moved in here, and it’s been great ever since.

brooklyn spaces: What were some of the earliest classes?
Soma: Man, I taught so many classes, I don’t even know. I think in the beginning I was teaching half the classes. It’s always been the same eccentric mix of stuff that we have now. We had a class about optics, a class about meat, a class about perfume.

brooklyn spaces: So what unites the class offerings?
Soma: It doesn’t matter what the subject is, but we really want everything to be collaborative. Everyone should be talking and it should be fun.
Jen: We don’t want people to be afraid to challenge the teacher or ask a question. People are still sort of in the mindset from college or whatever of like, up there is the person who knows everything and they are transmitting the information to you. But at this point in our lives, there’s no need to do that anymore.

brooklyn spaces: What’s your background, are either of you teachers?
Soma: Absolutely not. Well, now we are. But no. I have a background in computer science, and Jen has a background in art.

brooklyn spaces: What are some awesome classes that you’ve taught or taken?
Soma: My favorite class that Jen taught was her weather class. It turned out that the class was full of scientists. Everyone was a scientist, and they did their homework and knew all kinds of stuff and it was amazing. It was like a crystallization of what the Brainery could be in an alternate universe, where everyone in the class is already an expert. And I don’t even know, my favorite class to teach? I teach so much that I forget everything. I teach classes across the board, I teach Thai food and programming and the science of perception, just everything. I love every class I take, too. I will come to any class and be completely riveted by it. I can’t pick a favorite.

brooklyn spaces: How do decide what classes to offer?
Soma: People submit like crazy. We used to recruit people, but now people are always contacting us.
Jen: We’re always looking for new teachers. If anyone has anything they want to teach, tell us!

brooklyn spaces: Do you guys do events also?
Jen: Not as many as we’d like, but we had a big crawfish boil at the City Reliquary over the summer. We tried to make it educational, so we did trivia and we had a test, but it was basically just a party. It was really fun. Our newest thing is we’re putting together this club, Society for the Advancement of Social Studies. It’s going to meet at a bar, maybe monthly. We’re not sure what we’re going to talk about yet—labor rights? Triangle Shirtwaist Factory?—but it’s going to be nerdy and amazing. We’re really excited about it.

brooklyn spaces: How do you feel about being in Brooklyn today? Do you think something like this is inspired by Brooklyn?
Jen: Oh yeah, we’re totally a product of our environment. I don’t think we’d be doing this if we lived somewhere else.
Soma: We’re obviously doing a very Brooklyn thing in Brooklyn, I think it’s just hilariously Brooklyn what we do. But we’re totally self-aware and we love it. 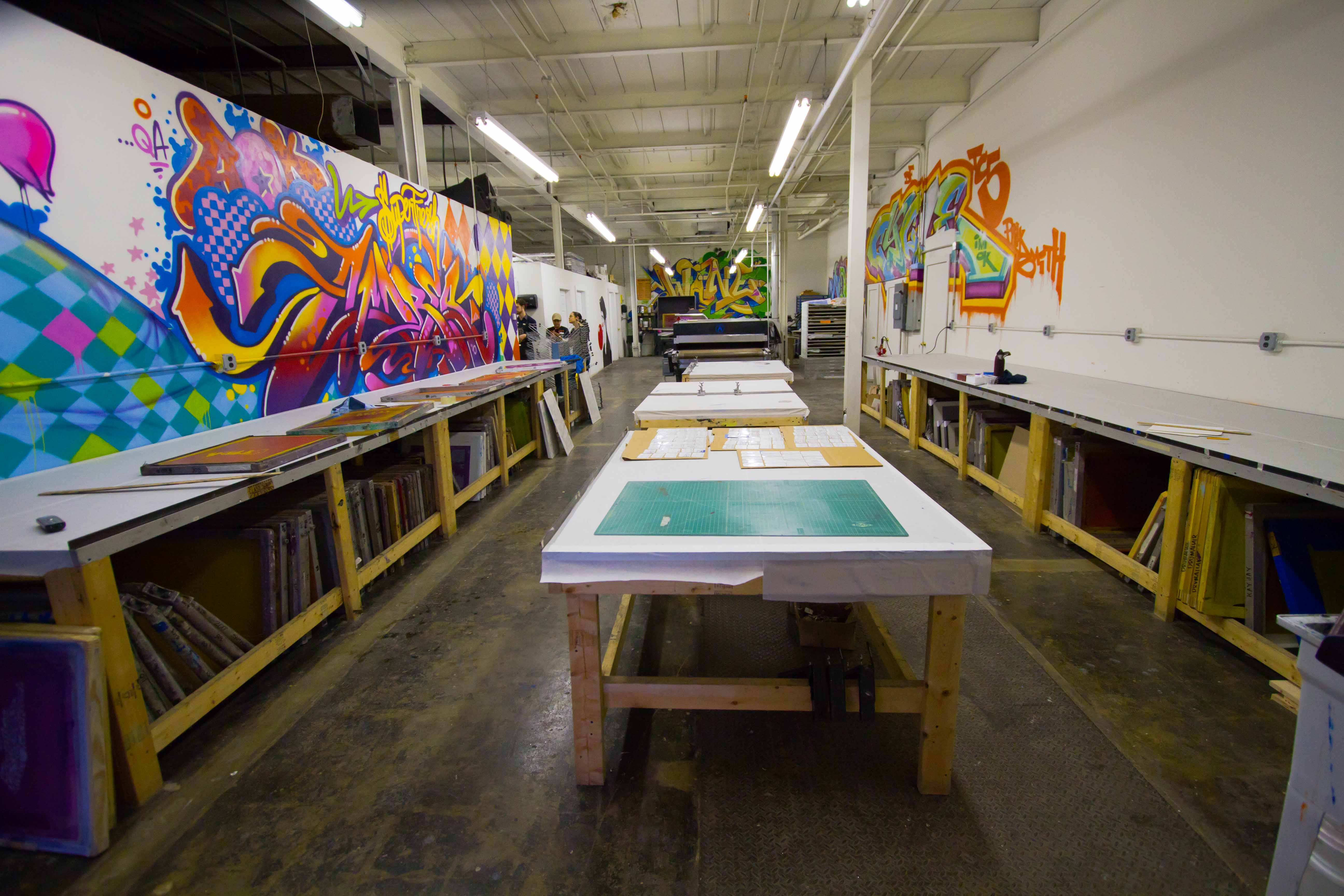 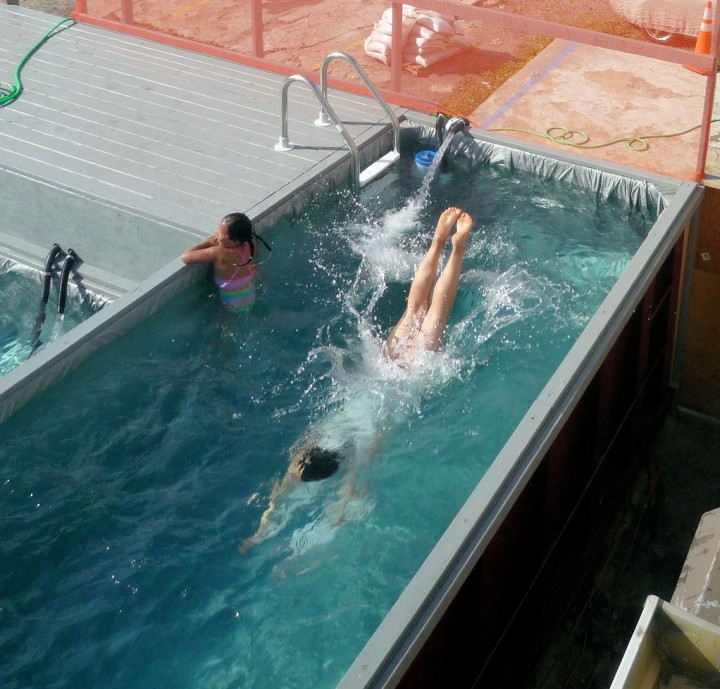